Pastor James Hopkins preached this sermon on the second Wednesday of Advent 12/8/2021. The service was broadcast live on Facebook at 7:00pm, and is now available on the FLC youtube channel. To follow along from home, the order of service and hymns can be found in the Lutheran Service Book:

The text for the sermon was the day’s gospel lesson. To read the Bible texts for the Second Wednesday of Advent, click here.

Last week we praised Ruth for her faithfulness; not only to her mother-in-law, Naomi, but to God. In faith, she went to a new land and a new people. By faith, she knew that God would provide for all her needs of body and soul; that included a husband.

Ruth trusts that if He wills it, God will provide a husband for her. But Ruth’s faith is not passive or lazy. She desires a noble thing, and she actively pursues it.

Though the physical labor required in her circumstances was substantial, nevertheless, she worked for it. She wasn’t seeking riches or fame, but a godly husband. And she saw no shame in striving for it.

It isn’t long before she gains favor with Boaz. He saw her, noticed her, and favored her. But it wasn’t because she was attractive; though, even if she was. Neither was it because she was throwing herself at him; she wasn’t. He didn’t even notice her because of her work ethic. She only took one short rest the whole day.

Boaz notices her because of her faith and her life of faith. He says to Ruth,

All that you have done for your mother-in-law since the death of your husband has been fully told to me, and how you left your father and mother and your native land and came to a people that you did not know before. The LORD repay you for what you have done, and a full reward be given you by the LORD, the God of Israel, under whose wings you have come to take refuge!

Boaz sees in Ruth the love of God, received in faith and given out in faith.

Boaz is called a “redeemer.” As a close relative and a member of their clan, that meant that Boaz was one who had responsibilities. You probably know that “to redeem” means “to buy back.” And that’s a good description for what Boaz is there to do as a redeemer. Among a few other responsibilities, a redeemer was supposed to

1) Buy back the estate of a deceased relative

2) Buy back an impoverished relative who had to sell himself into slavery. Leviticus 25

He has this duty because he is kin, family, blood. Boaz, here, points us toward Christ.

By taking on our flesh and blood in the womb of His mother, Jesus has made Himself one of us. He has made himself not only related, but family, and He has redeemed us.

Boaz, of course, prefigures this redemption in his actions. He takes Ruth, who had no standing whatsoever, and elevates her. He makes her not into a servant, but a guest. And then, later, He makes her a bride. But even this is but a shadow of what Christ would do years later.

I say this because Boaz notices qualities in Ruth that are there already. He sees her faith. He sees her virtue. He sees that she is tenacious and humble all at once. And because he is a man, these qualities mean something to him.

But God redeemed us while we were still sinners. When we had no faith. When we were opposed to Him. When we were lost in sin and darkness. When we couldn’t have found the field He was in with a map and GPS, He found us.

And if Ruth can go out in faith and pursue what has not even been promised to her, how much more, then, ought we to pursue our Redeemer? He has been promised. He has come already. He will come again, and He comes now again this evening.

He saw you when no one else would have. He found you when you were still far away. He invites you to His table. And because He is your Redeemer, because He has bought you back by His innocent suffering and death, all He has is yours. 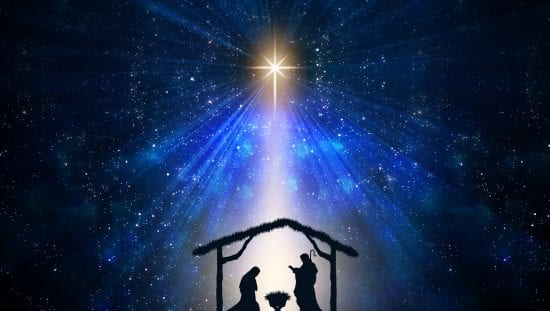