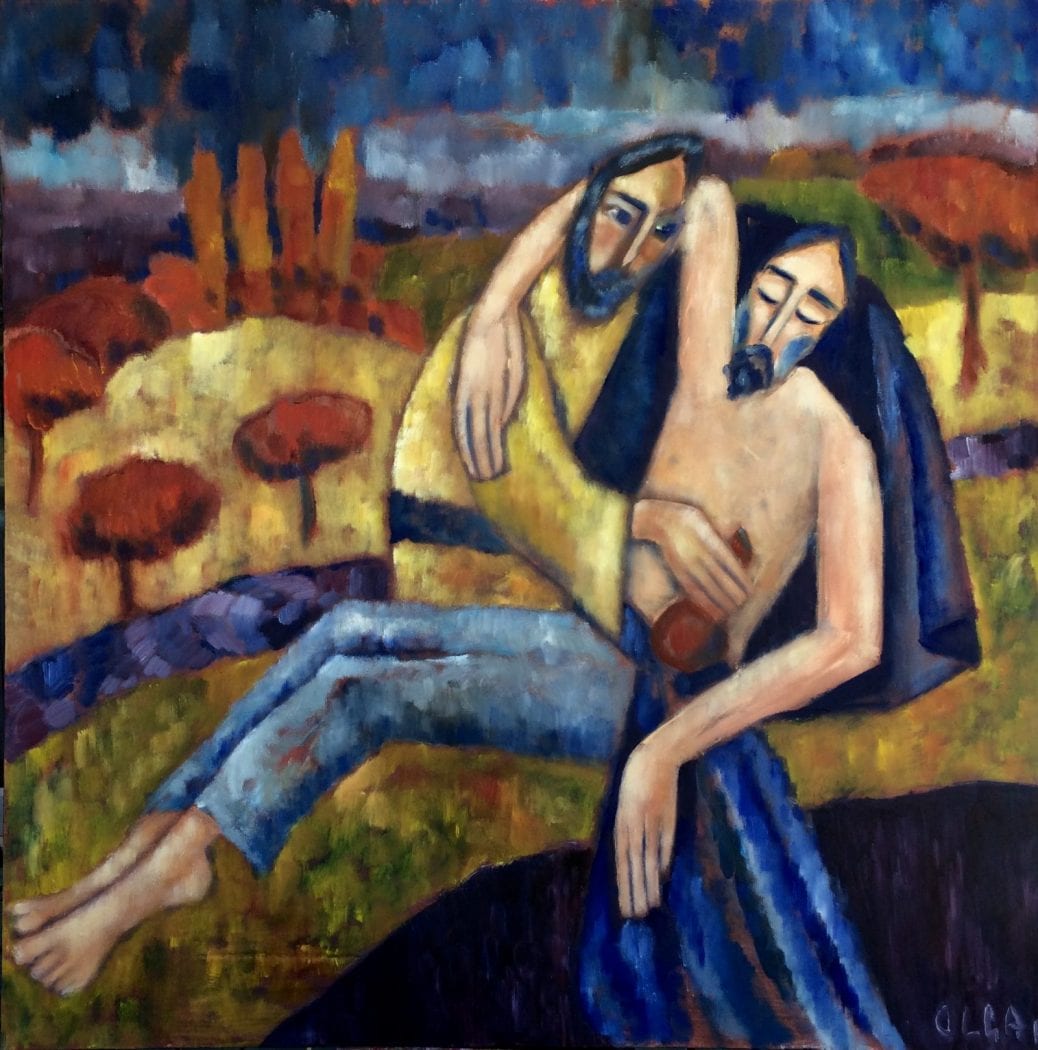 The parable of the Good Samaritan might be the most familiar of all the parables, and there’s good reason for that. It’s a simple story that is easy enough for anyone to remember; there’s moral instruction so clear that even unbelievers can learn from it and resonate with it. And the command to “go and do likewise” is all but impossible to disagree with.

For all those very good elements, this parable is also the most misunderstood. To so many who hear it, especially those outside the Church (though certainly among Christians as well), the only part of the story that matters is the closing command to be merciful to your neighbor. But if that’s all you get, you don’t walk away with less; you walk away with nothing. To get to the heart of the parable, you have to read it in context.

The lawyer here is not the kind that will sue a doctor for malpractice. This kind of lawyer is supposed to be an expert in the Law of God, in the Torah. He is a professional theologian, and he makes his living from interpreting God’s Word. Today, he is trying to test Jesus, to prod Him and poke Him, and see what He’s made of. This is fairly normal, since theologians love a good debate almost as much as they love God.

He asks Jesus, “Teacher, what shall I do to inherit eternal life?” I don’t know if he’s aware that the question is absurd on its face. What must anyone do to inherit anything? Inheritances aren’t performance based. It’s like asking how you might become the queen of England. Well, you have to be born into it; and, quite frankly, it’s too late now.

Nevertheless, Jesus treats the question seriously. “What does the Bible say?” He asks the man.

“That’s right,” Jesus replies. “You have to keep the Law. Go do that, and you’ll live.”

But that doesn’t work. The lawyer knew that he had not loved his neighbor as himself. He stands convicted by his own answer, and now he is backpedaling and looking for a way out.

Of course, this was bound to happen. He asked a Law question: “What must I do?” And so he got a Law answer: “Everything – all the commandments, perfectly, every day forever.”

The demands of God’s perfect Law have shown him that he is condemned, but instead of asking a grace question: “How are you going to get me out of this,” he instead asks another Law question in search of a loophole:

[The lawyer], desiring to justify himself, said to Jesus, “And who is my neighbor?” Luke 10:29

The Law has condemned him, and now he is appealing to it again. Jesus illustrates this exact situation in the parable.

The man in the story has fallen among robbers, and now he lays there beaten and stripped. This poor guy is the man – condemned by the Law, exposed, hurt, and as good as dead.

So the priest and the Levite come by, and they are of no help to him. These two characters represent the very Law to which the man is looking. But they do not offer any assistance. There are no loopholes. They do not save him.

With this in mind it becomes clear that the Samaritan is Christ. The Samaritan owes this man nothing. He comes from another place, and arrives as a despised outsider. But this does not inhibit his compassion. He had compassion (ἐσπλαγχνίσθη). It’s the same word used to describe Jesus when He sees sheep without a shepherd (Matthew 9:36).

He climbs into the ditch with the man. He puts costly oil and wine on him. He places the man on his own animal, and carries him to the inn where he covers all the costs.

This is why, in compassion, Jesus fixes the man’s question for him – he flips it upside down. The man already knows that everyone is his neighbor, and that the Law requires him to love everyone, even if they’re jerks, even if they’re undeserving, even if they do not return that love.

So instead Jesus asks the man which one of the three proved to be a neighbor. It wasn’t all of them. Only one man proved showed himself to be a neighbor: the one who showed mercy.

This isn’t an answer to the lawyer’s question about how to receive eternal life. This is the response of the Christian who has been rescued, healed, and restored. Going and doing likewise won’t save the man, because he’s already saved; but more than that, it won’t save him because he will fail at it.

And when he does fail, he will return to the inn with whoever he has found on the way, and he will return to the church. There Christ has fit the bill for his forgiveness, for his healing. There, that is to say, here, Christ has provided for him and for all, that everyone would receive His life, His resurrection, His own good works, His own keeping of the Law, that we would be justified for His sake, and receive our inheritance by grace.