For the bulletin for this Sunday in pdf format: Bulletin Lent III

For audio recordings of the sermon and worship service from this Sunday, check the FLC Soundcloud site (please allow some time for the recordings to be made and uploaded).

God sent ten plagues upon Egypt in order to deliver His people. But He did not do this to simply free them temporally or politically. He did this to free them spiritually.

Lest they spend too much time in bondage, lest they be tempted to believe in the false gods of the Egyptian pantheon, God exercised His power over them. That’s partly what’s behind the ten plagues He brought on the land.

When God, through Moses, turned the Nile into blood, it was to mock the one they called Hapi, the false god of the Nile, and the false life of Egypt.

When God sent the frogs, He did it to show the powerlessness of Heket, the so-called goddess of fertility, water, and renewal, who was represented as having the head of a frog.

In the third and fourth plagues, those of gnats and flies, respectively, God showed His mastery over Geb and Khephri, the fabricated deities of the ground and of creation.

You know the rest of the story: livestock died; boils swelled up; hail fell down; locusts devoured; darkness reigned; and finally, the firstborn were killed.

The story went on that way because again and again Pharaoh tried to pump-fake God. Pharaoh said that he’d do what the God of Israel required. And when he promised that, the frogs died off and the flies went away. But then, Pharaoh’s repentance was shown to be false. He recanted. He wouldn’t let God’s people go.

In response to the death of the livestock and the boils, Pharaoh did nothing. He thought he could endure those without considering their cause or their consequences. But when it came to the hail, the locusts, and the darkness, things were different.

No matter the plague or the pain, and no matter the clearness of God’s mercy and patience, Pharaoh was unchanged. So long as he was saved for a moment, he was content for a moment. And when that moment passed, Pharaoh did as he desired.

No doubt the people this morning could have heard Jesus’ teaching and made the connection. Jesus is the Stronger Man. He is mightier than the false gods of Egypt and false gods of this world. He said to the flies “go,” and they went. He said to the demon, “depart,” and it had no choice but to obey. But what then?

When the unclean spirit has gone out of a person,

it passes through waterless places seeking rest, and finding none it says,

“I will return to my house from which I came.”

And when it comes, it finds the house swept and put in order.

Then it goes and brings seven other spirits more evil than itself, and they enter and dwell there.

What good is God’s mercy, if we refuse to receive, acknowledge and spread God’s mercy? What good is any of it if our hearts are emptied of fear now but not filled with love forever? What good are 1, 2, 10, or 50 years now if we would be lost forever?

Repent. Christ has made good on all our failures. The Stronger Man has made His power known in weakness. By His suffering, death, and resurrection, Jesus has plundered Satan’s house. He has washed it, that is to say, He has washed you, clean in Holy Baptism. And now His Holy Spirit has made His home in you.

Thus, you are the blessed who hear the Word of God and keep it. And so the last day will not be worse for you than this day. Neither will your final state be worse than the present one.

You are secure forever. You belong to Christ, and you reflect His glory in the world.

This is a time for you to shine in darkness. That doesn’t mean being reckless with your own life or the life of others. A Christian ought to value the life God has given Him and use it well. So use it well.

Whether you are here this morning or listening from home, keep your hands and your hearts clean. Seek opportunities to serve your neighbor. If you can’t imagine how, we’ll be putting some simple things in front of you this week. This is a time for our almoners to get to work if they haven’t done so already.

Pray to God to relent over disaster. Pray to God to deliver us and the whole world. Pray that all suffering wherever it is would lead to repentance and faith. 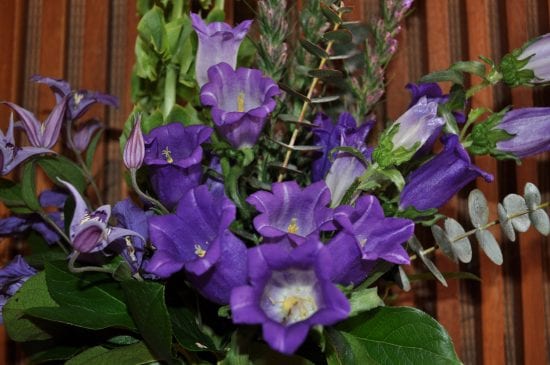