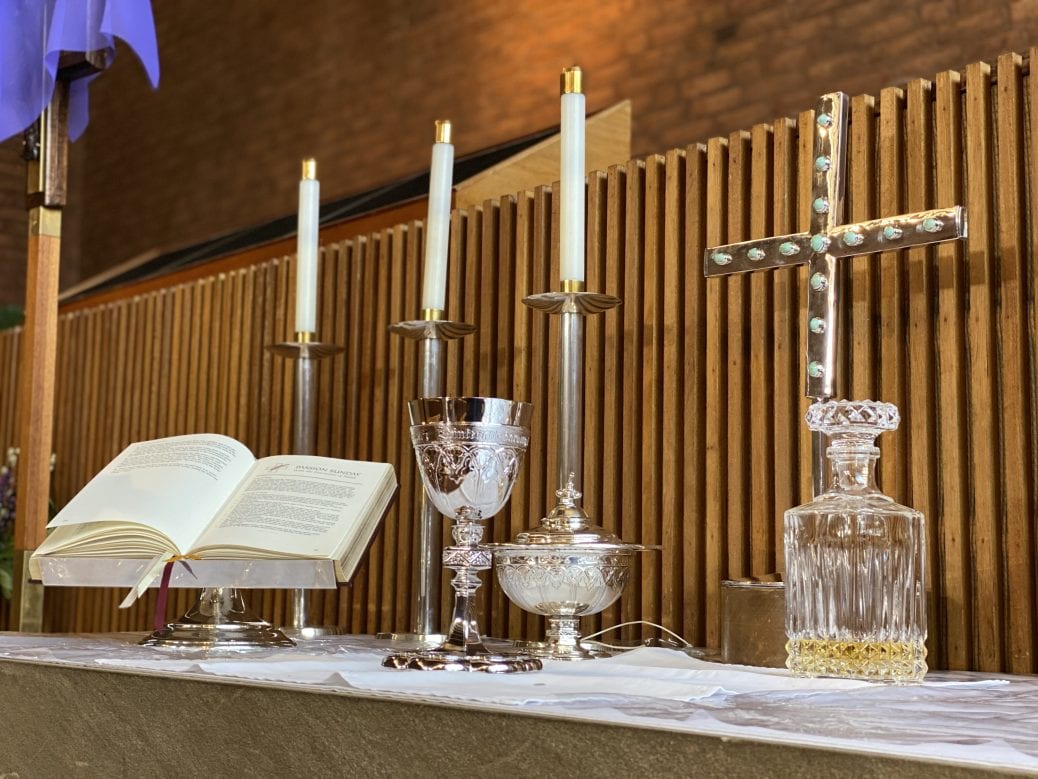 To read the Bible texts for Maundy Thursday, click here.

On July 31st, 2014, I thanked God that the very next day He would give me a wife. On August 13th of the next year, I gave thanks to God for my firstborn child. The very same thing happened with Christoph and Ambrose.

I gave thanks because I was thankful. Having received grace upon grace, what choice did I have? Giving thanks in those sorts of circumstances only makes sense.

But then we hear Jesus giving thanks, and suddenly, things are upside down.

This is not the night the disciples comforted Him like faithful friends. It is the night they fell asleep and let Jesus suffer alone.

This is not the night on which they stayed with Him in His trials. It is the night when they ran away in fear and panic.

This is not the night on which He was befriended. Our Lord, Jesus Christ, on the night in which He was betrayed, took bread, and when He had given thanks, He broke it and gave it to the disciples and said: Take, eat. This is My body, which is given for you.

The bread that Jesus blesses is His Body, broken in death. The wine for which He gives thanks is His blood, which will spill from His side and soak the dirt beneath His cross.

Jesus actually gives thanks that He is handed over to the unthankful. Jesus joyfully blesses the food given to those who curse, deny, and betray the Giver.

We give thanks for meals that cost us little, and by which we are nourished. But tonight, Jesus gives thanks for a meal that will cost Him everything; all so He can nourish us.

There should be no confusion. Jesus is not a masochist, who delights in pain. Neither is He a stoic who relishes in adversity and suffering.

He is fully Man. That’s why He tells His disciples that His soul is very sorrowful, even to death. Matthew 26:38

That’s why, tonight, when they arrive at the Garden of Gethsemane, Jesus will pray to His Father three times that if there is any other way, to please let this cup of wrath pass from Him.

But He is also fully God. And so His delight is in the LORD. His will is one with that of His Father.

Our Lord Jesus Christ, on the night in which He was betrayed, gave thanks because it was the eve of His marriage. His bride awaits Him with mocking and spitting. And yet He will walk down the aisle, the via dolorosa, to wed her on the cross.

Our Lord Jesus Christ, on the night in which He was betrayed, gave thanks for the virgin tomb that He will soon fill. And from which He will spring forth, the Firstborn of all Creation. Colossians 1:15

Our Lord Jesus Christ, on the night in which He was betrayed, gave thanks for the cup that He must drink. For when He empties it of God’s wrath, He will fill it with God’s mercy, with His own Blood, shed for you for the forgiveness of all of your sins.

Our Lord Jesus Christ, on the night in which He was betrayed, gave thanks; not because He would suffer and die, but that He will suffer and die for you.

This is the joy that is set before Him, for which He endures the cross and despises its shame. (Hebrews 12:2) With every betrayal, you have dipped your hand in Jesus’ dish. But tonight, in love, mercy, and forgiveness He has filled yours.

It is the meal that generations of Israelites longed for. And if it had been given them, they would have spit out their lamb and bitter herbs like rotten food.

The old has passed away. The new has come. Christ, Your Passover Lamb has been sacrificed.

What shall you render to the Lord, for all His benefits to you? You will offer the sacrifice of thanksgiving, and will call on the name of the Lord. Psalm 116:12-13 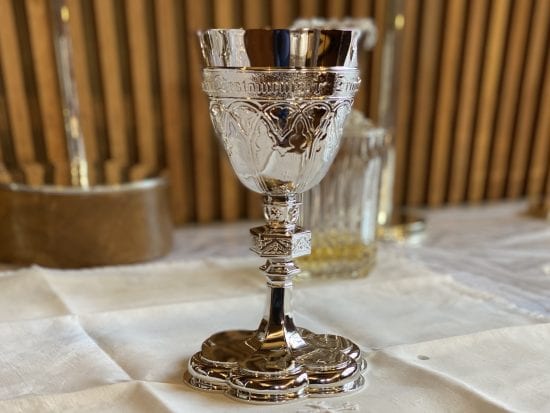