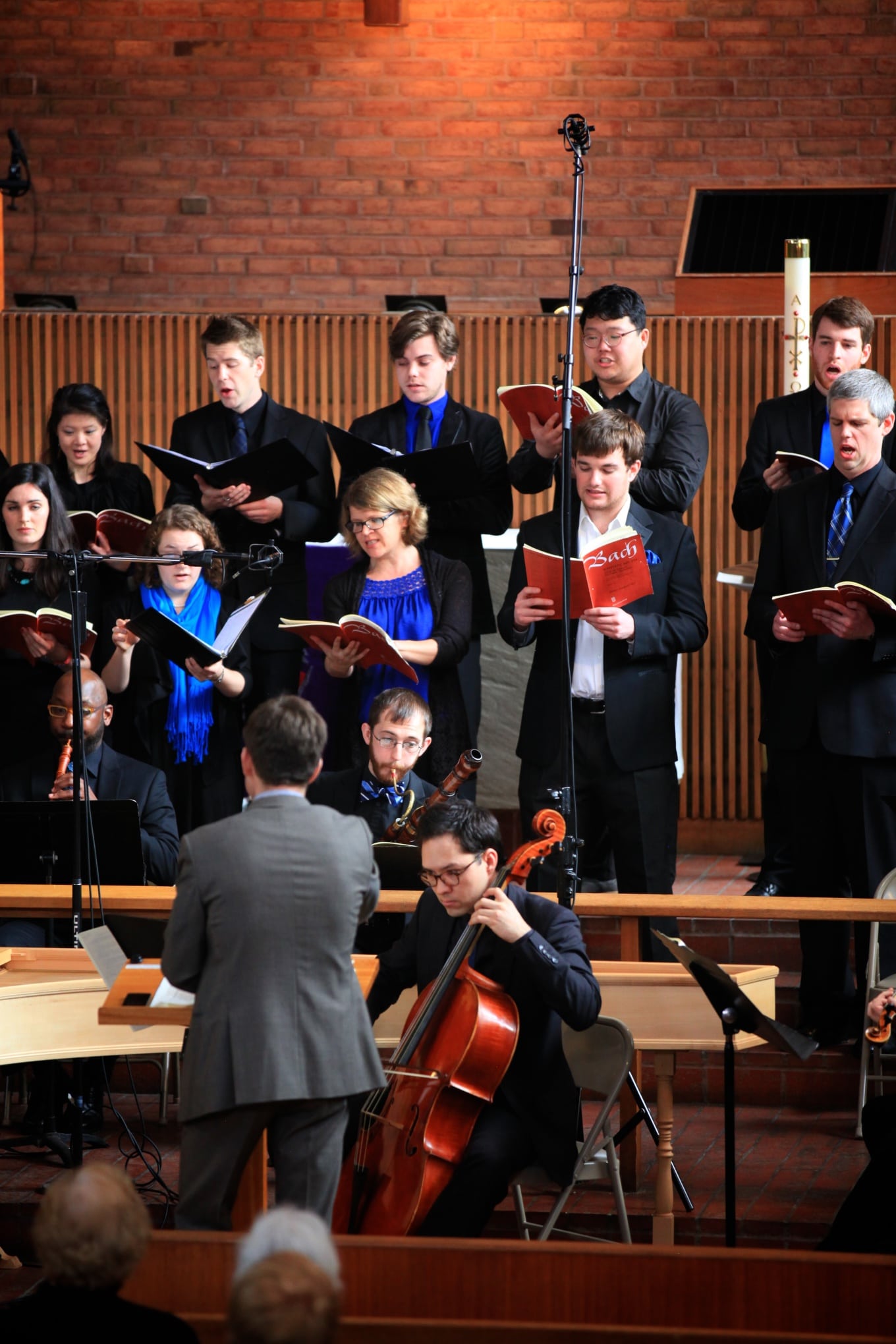 We invite you to join in our celebration of the Lutheran musical tradition in preparation for the 500th anniversary of the Reformation in 2017 with a series of special Saturday evening Bach Vespers services. Our next installment in the series will be held at 5 pm on October 24th and will be preceded by an instrumental prelude at 4:30 by organist Jonathan Wessler, a member of the congregation whose wife Joy sings in our Vespers choir.

Here is a brief guide to the afternoon’s events and what to expect.

Vespers is an ancient service, a gathering of Christians at the end of the day and dating as far back as the second century. Associated with monastic use in the Middle Ages, vespers was retained by Martin Luther and his followers in the Reformation. Like the morning services, Vespers has hymns and psalms, Bible readings and prayers in its simplest form. Opening Versicles, the Magnificat (the Song of Mary), and a closing Benedicamus are sung in addition, and differentiate Vespers from the morning service.

The celebratory Bach Vespers at First Lutheran will add three more elements to this mix: an instrumental prelude before the service, a short homily, and the choir’s performance of one of Johann Sebastian Bach’s cantatas. A cantata is a musical composition for voices with accompaniment. Bach wrote cantatas for single voices, such as a soprano or bass, and for larger forces. There will be two cantatas on next Saturday’s program, #98 (Whatever God ordains is right) and #188 (I have placed my confidence in the faithful God). Both feature joyful, dancelike instrumental introductions. It was the practice in Leipzig churches, where Bach worked for much of his career, for the cantata to be based on the readings for the day, so we will follow suit. It is placed directly before the homily, and the Magnificat setting follows.

Trust in God, though it may occasionally waver, is the topic explored in this week’s cantatas. Because God’s benevolence toward His people is as steady as a rock, we can rejoice and dance in our hearts along with the instruments. But in keeping with Bach’s general practice, the extended solos alternately express the doubts of unsure Christians and promise God’s fatherly goodness. In particular, the tenor solo in cantata #98 represents the tortured soul whose belief is shaken, while the soprano solo towards the end of cantata #188 is sung against a backdrop of strings that pulse with furious energy and then subside to the serene chords that in Bach’s passions represent the steadfastness of Christ. Here they underlie the text “But God remains forever; Happy are those who place their trust in him!” Both cantatas are written for the 21st Sunday after Trinity, which falls this year on October 25th.

We look forward to your participation in our second Bach Vespers this coming Saturday at First Lutheran Church!

Mark the calendars for the next Vespers service featuring two cantatas by J.S. Bach.