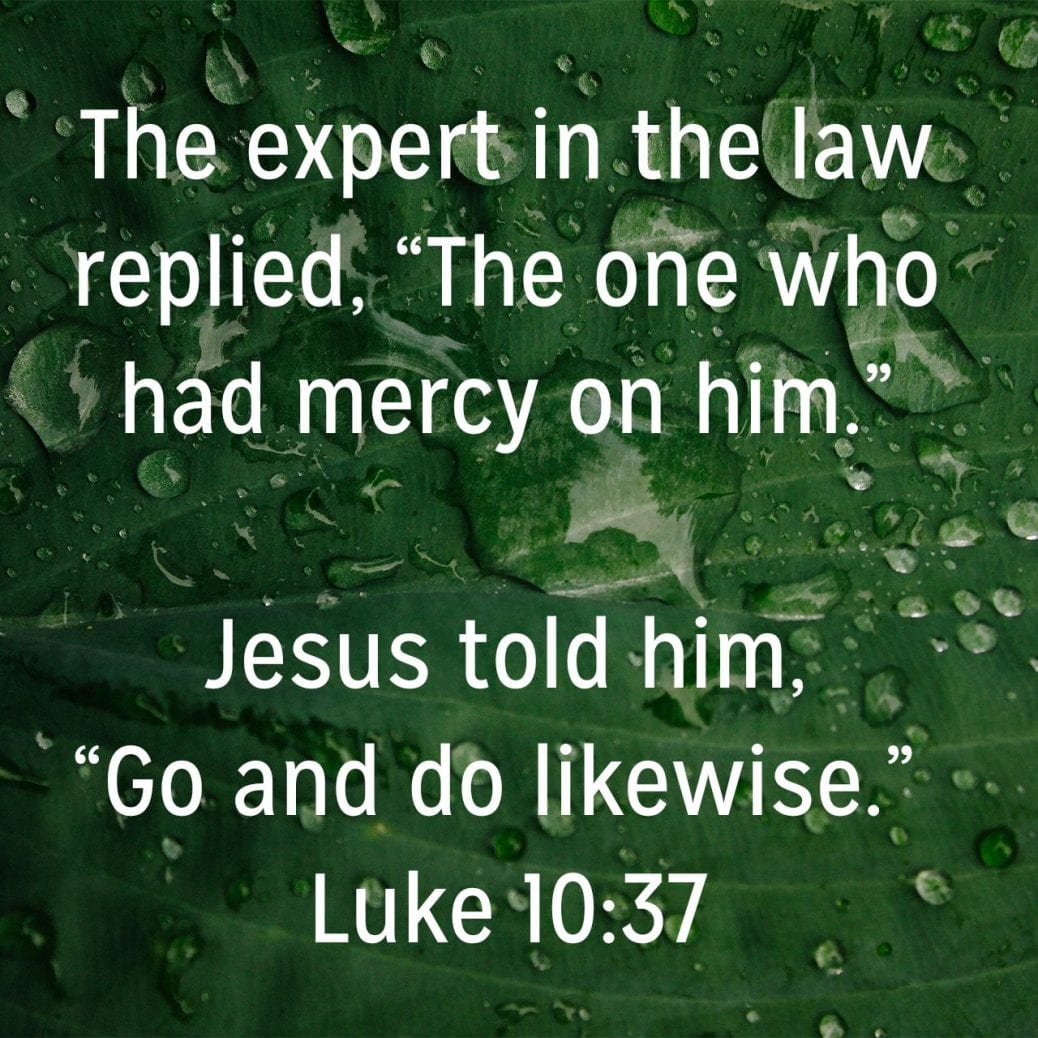 The readings for the thirteenth Sunday after Trinity tell us a story of mercy. God mercifully gave the Israelites a chance to repent of their sin of taking the people of Judah to be slaves, and they in turn had mercy on those they had captured. Jesus tells the parable of the good Samaritan, who had mercy on a stranger who would likely have counted him an enemy. Paul speaks of the mercy of God – his promise to Abraham, which came before and is not superseded by the law of Moses. The mercy of God to us comes first, and then He generously gives us a chance to show mercy to others. For once we understand the generosity of Jesus who takes our sin upon Himself, the law is a burden no longer. We are not in charge of earning our salvation by following God’s laws, and the command to “Go and do likewise” becomes a gift – a chance to be a part of God’s mission of mercy in this fallen world.

The Old Testament lesson is from the book of 2 Chronicles, chapter 28, verses 2-15:

He followed the ways of the kings of Israel and also made idols for worshiping the Baals. 3 He burned sacrifices in the Valley of Ben Hinnom and sacrificed his children in the fire, engaging in the detestable practices of the nations the Lord had driven out before the Israelites. 4 He offered sacrifices and burned incense at the high places, on the hilltops and under every spreading tree.

5 Therefore the Lord his God delivered him into the hands of the king of Aram. The Arameans defeated him and took many of his people as prisoners and brought them to Damascus.

He was also given into the hands of the king of Israel, who inflicted heavy casualties on him. 6 In one day Pekah son of Remaliah killed a hundred and twenty thousand soldiers in Judah—because Judah had forsaken the Lord, the God of their ancestors. 7 Zikri, an Ephraimite warrior, killed Maaseiah the king’s son, Azrikam the officer in charge of the palace, and Elkanah, second to the king. 8 The men of Israel took captive from their fellow Israelites who were from Judah two hundred thousand wives, sons and daughters. They also took a great deal of plunder, which they carried back to Samaria.

9 But a prophet of the Lord named Oded was there, and he went out to meet the army when it returned to Samaria. He said to them, “Because the Lord, the God of your ancestors, was angry with Judah, he gave them into your hand. But you have slaughtered them in a rage that reaches to heaven. 10 And now you intend to make the men and women of Judah and Jerusalem your slaves. But aren’t you also guilty of sins against the Lord your God? 11 Now listen to me! Send back your fellow Israelites you have taken as prisoners, for the Lord’s fierce anger rests on you.”

12 Then some of the leaders in Ephraim—Azariah son of Jehohanan, Berekiah son of Meshillemoth, Jehizkiah son of Shallum, and Amasa son of Hadlai—confronted those who were arriving from the war. 13 “You must not bring those prisoners here,” they said, “or we will be guilty before the Lord. Do you intend to add to our sin and guilt? For our guilt is already great, and his fierce anger rests on Israel.”

14 So the soldiers gave up the prisoners and plunder in the presence of the officials and all the assembly. 15 The men designated by name took the prisoners, and from the plunder they clothed all who were naked. They provided them with clothes and sandals, food and drink, and healing balm. All those who were weak they put on donkeys. So they took them back to their fellow Israelites at Jericho, the City of Palms,and returned to Samaria.

The Epistle lesson is from Galatians, chapter 3, verses 15-22:

Brothers and sisters, let me take an example from everyday life. Just as no one can set aside or add to a human covenant that has been duly established, so it is in this case. 16 The promises were spoken to Abraham and to his seed. Scripture does not say “and to seeds,” meaning many people, but “and to your seed,” meaning one person, who is Christ. 17 What I mean is this: The law, introduced 430 years later, does not set aside the covenant previously established by God and thus do away with the promise. 18 For if the inheritance depends on the law, then it no longer depends on the promise; but God in his grace gave it to Abraham through a promise.

19 Why, then, was the law given at all? It was added because of transgressions until the Seed to whom the promise referred had come. The law was given through angels and entrusted to a mediator. 20 A mediator, however, implies more than one party; but God is one.

21 Is the law, therefore, opposed to the promises of God? Absolutely not!For if a law had been given that could impart life, then righteousness would certainly have come by the law. 22 But Scripture has locked up everything under the control of sin, so that what was promised, being given through faith in Jesus Christ, might be given to those who believe.

The Gospel for the thirteenth Sunday after Trinity is from Luke, chapter 10, verses 23-37:

25 On one occasion an expert in the law stood up to test Jesus. “Teacher,” he asked, “what must I do to inherit eternal life?”

28 “You have answered correctly,” Jesus replied. “Do this and you will live.”

29 But he wanted to justify himself, so he asked Jesus, “And who is my neighbor?”

30 In reply Jesus said: “A man was going down from Jerusalem to Jericho, when he was attacked by robbers. They stripped him of his clothes, beat him and went away, leaving him half dead. 31 A priest happened to be going down the same road, and when he saw the man, he passed by on the other side. 32 So too, a Levite, when he came to the place and saw him, passed by on the other side. 33 But a Samaritan, as he traveled, came where the man was; and when he saw him, he took pity on him. 34 He went to him and bandaged his wounds, pouring on oil and wine. Then he put the man on his own donkey, brought him to an inn and took care of him. 35 The next day he took out two denarii and gave them to the innkeeper. ‘Look after him,’ he said, ‘and when I return, I will reimburse you for any extra expense you may have.’

36 “Which of these three do you think was a neighbor to the man who fell into the hands of robbers?”

37 The expert in the law replied, “The one who had mercy on him.”

Jesus told him, “Go and do likewise.” 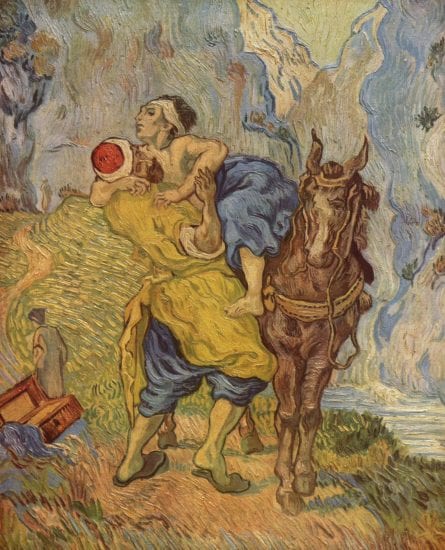