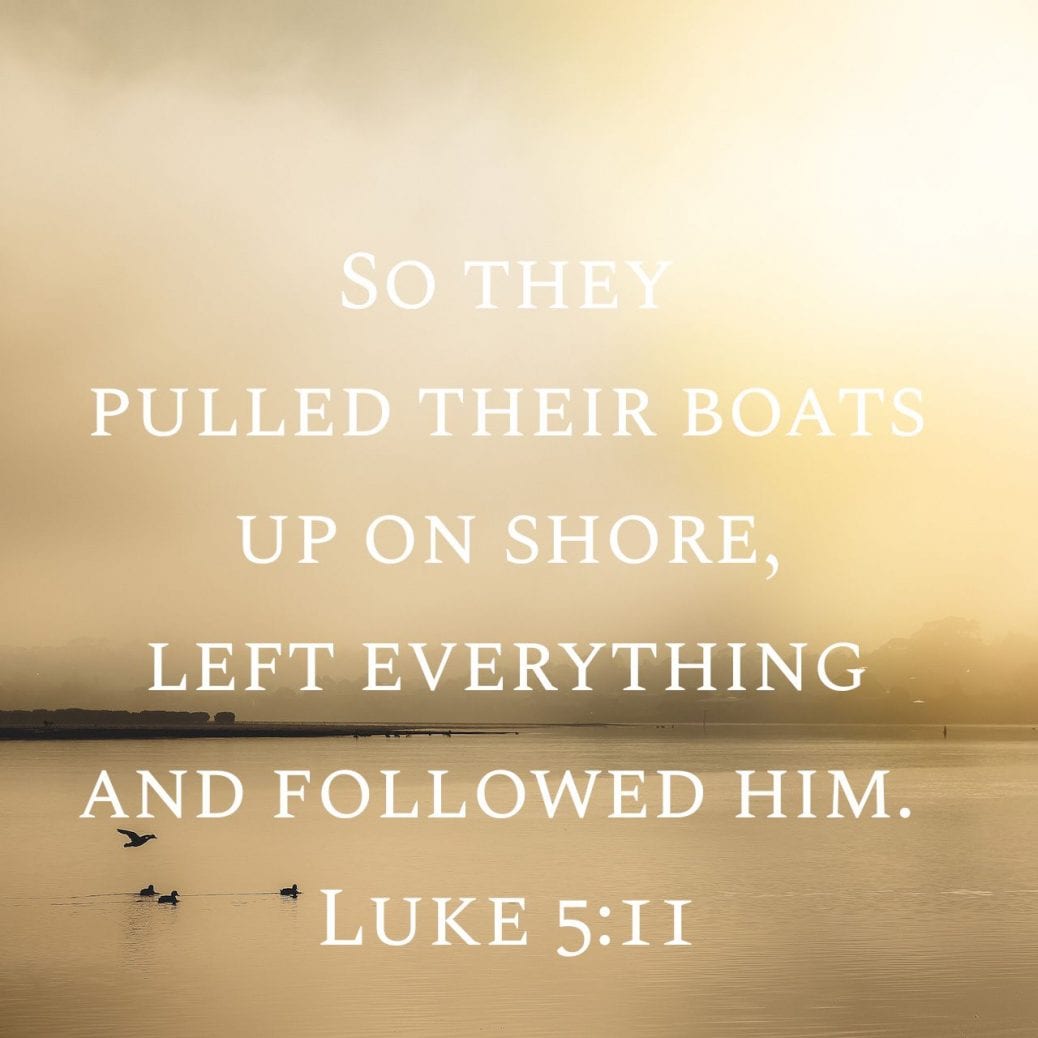 Next Sunday’s readings are all about following God’s call without looking back. Elisha doesn’t follow Elijah immediately – he wants to say goodbye to his family. But it’s not an excuse (like in Luke 9) – he doesn’t just kiss them goodbye; he sacrifices the farm animals and burns the tools of his old life as an offering to God, to show that he will never go back to farming. He’s God’s prophet now. In the same way, when Jesus calls them, Simon Peter, James, and John leave all their fishing equipment behind and follow him. They are  disciples of Jesus and fishers of men now. They had families and friends, steady jobs and homes… the world would call it folly to leave it all behind and follow God’s call. God calls us through His Word – what are we clinging to, that God’s great wisdom says it is better to leave behind?

And he said, “Go out and stand on the mount before the Lord.”

He said, “I have been very jealous for the Lord, the God of hosts. For the people of Israel have forsaken your covenant, thrown down your altars, and killed your prophets with the sword, and I, even I only, am left, and they seek my life, to take it away.”

So he departed from there and found Elisha the son of Shaphat, who was plowing with twelve yoke of oxen in front of him, and he was with the twelfth. Elijah passed by him and cast his cloak upon him. And he left the oxen and ran after Elijah and said, “Let me kiss my father and my mother, and then I will follow you.” And he said to him, “Go back again, for what have I done to you?” And he returned from following him and took the yoke of oxen and sacrificed them and boiled their flesh with the yokes of the oxen and gave it to the people, and they ate. Then he arose and went after Elijah and assisted him.

For the word of the cross is folly to those who are perishing, but to us who are being saved it is the power of God. For it is written,

“I will destroy the wisdom of the wise,
and the discernment of the discerning I will thwart.”

Where is the one who is wise? Where is the scribe? Where is the debater of this age? Has not God made foolish the wisdom of the world? For since, in the wisdom of God, the world did not know God through wisdom, it pleased God through the folly of what we preach to save those who believe. For Jews demand signs and Greeks seek wisdom, but we preach Christ crucified, a stumbling block to Jews and folly to Gentiles, but to those who are called, both Jews and Greeks, Christ the power of God and the wisdom of God. For the foolishness of God is wiser than men, and the weakness of God is stronger than men.

The Gospel for the fifth Sunday after Trinity is from Luke, chapter 5, verses 1-11:

On one occasion, while the crowd was pressing in on him to hear the word of God, he was standing by the lake of Gennesaret, and he saw two boats by the lake, but the fishermen had gone out of them and were washing their nets. Getting into one of the boats, which was Simon’s, he asked him to put out a little from the land. And he sat down and taught the people from the boat. And when he had finished speaking, he said to Simon, “Put out into the deep and let down your nets for a catch.”

And Simon answered, “Master, we toiled all night and took nothing! But at your word I will let down the nets.” And when they had done this, they enclosed a large number of fish, and their nets were breaking. They signaled to their partners in the other boat to come and help them. And they came and filled both the boats, so that they began to sink.

But when Simon Peter saw it, he fell down at Jesus’ knees, saying, “Depart from me, for I am a sinful man, O Lord.” For he and all who were with him were astonished at the catch of fish that they had taken, and so also were James and John, sons of Zebedee, who were partners with Simon.

And Jesus said to Simon, “Do not be afraid; from now on you will be catching men.” And when they had brought their boats to land, they left everything and followed him. 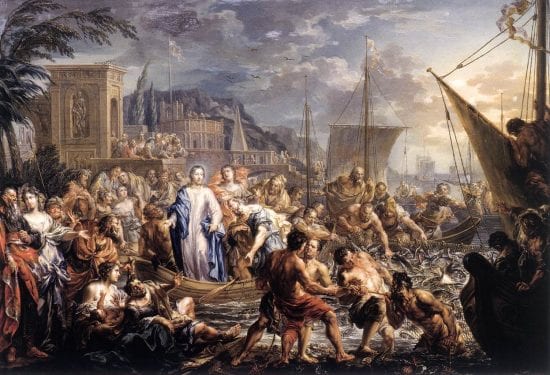