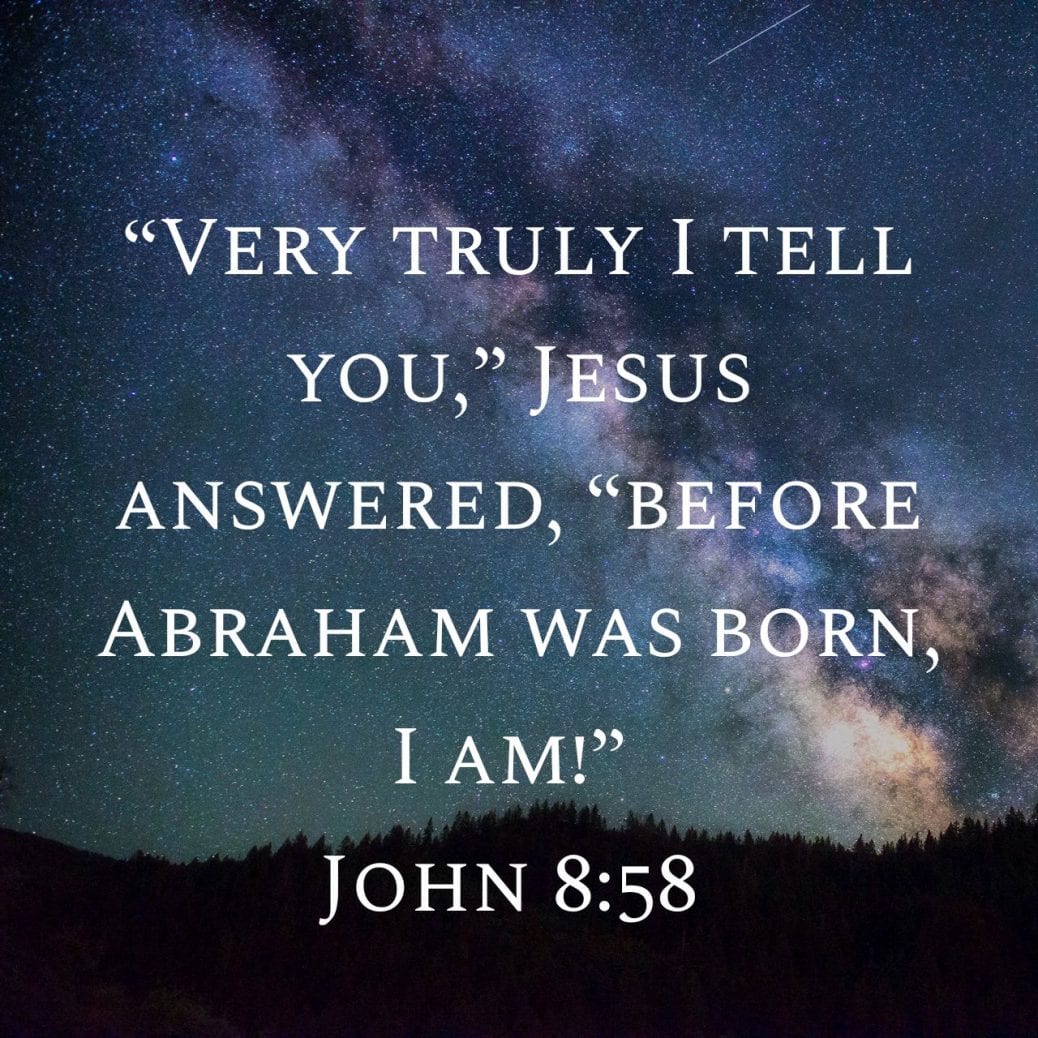 Except by the gift of the Holy Spirit, we cannot believe in the promises of God. The wonderful things He says are just too much for us. And yet, with His help, we in our weakness are able to believe and trust in Him. Paul writes in Romans, Abraham believed God, and it was credited to him as righteousness. And what he believed was God’s promise that Isaac would be the son through whom he would have offspring as numerous as the stars in the sky – even if God required his beloved son Isaac as a sacrifice. Hebrews 11:17-19

And so now, we believe that we are the children of Abraham, counted through Jesus Christ, even though God required Him as a sacrifice, His own beloved Son, to cleanse us from sin that we might serve the living God. We do not understand how this can be, but we have the sure promise of God that it is so. And so we do not follow a great teacher who died long ago – we believe in a God Who died and lives again forever, Who will provide the sacrifice for us, Who makes the unbelievable claim that before Abraham was born, I AM.

The Old Testament lesson is from the book of Genesis, chapter 22, verses 1-14:

Some time later God tested Abraham. He said to him, “Abraham!”

Then God said, “Take your son, your only son, whom you love—Isaac—and go to the region of Moriah. Sacrifice him there as a burnt offering on a mountain I will show you.”

Early the next morning Abraham got up and loaded his donkey. He took with him two of his servants and his son Isaac. When he had cut enough wood for the burnt offering, he set out for the place God had told him about. On the third day Abraham looked up and saw the place in the distance. He said to his servants, “Stay here with the donkey while I and the boy go over there. We will worship and then we will come back to you.”

Abraham took the wood for the burnt offering and placed it on his son Isaac, and he himself carried the fire and the knife. As the two of them went on together, Isaac spoke up and said to his father Abraham, “Father?”

“The fire and wood are here,” Isaac said, “but where is the lamb for the burnt offering?”

Abraham answered, “God himself will provide the lamb for the burnt offering, my son.” And the two of them went on together.

When they reached the place God had told him about, Abraham built an altar there and arranged the wood on it. He bound his son Isaac and laid him on the altar, on top of the wood. Then he reached out his hand and took the knife to slay his son. But the angel of the Lord called out to him from heaven, “Abraham! Abraham!”

“Do not lay a hand on the boy,” he said. “Do not do anything to him. Now I know that you fear God, because you have not withheld from me your son, your only son.”

Abraham looked up and there in a thicket he saw a ram caught by its horns. He went over and took the ram and sacrificed it as a burnt offering instead of his son. So Abraham called that place The Lord Will Provide. And to this day it is said, “On the mountain of the Lord it will be provided.”

The Epistle lesson is from Hebrews, chapter 9, verses 11-15:

But when Christ came as high priest of the good things that are now already here, he went through the greater and more perfect tabernacle that is not made with human hands, that is to say, is not a part of this creation. He did not enter by means of the blood of goats and calves; but he entered the Most Holy Place once for all by his own blood, thus obtaining eternal redemption. The blood of goats and bulls and the ashes of a heifer sprinkled on those who are ceremonially unclean sanctify them so that they are outwardly clean. How much more, then, will the blood of Christ, who through the eternal Spirit offered himself unblemished to God, cleanse our consciences from acts that lead to death, so that we may serve the living God!

For this reason Christ is the mediator of a new covenant, that those who are called may receive the promised eternal inheritance—now that he has died as a ransom to set them free from the sins committed under the first covenant.

The Gospel for the fifth Sunday in Lent is from John, chapter 8, verses 46-59:

Can any of you prove me guilty of sin? If I am telling the truth, why don’t you believe me? Whoever belongs to God hears what God says. The reason you do not hear is that you do not belong to God.”

The Jews answered him, “Aren’t we right in saying that you are a Samaritan and demon-possessed?”

“I am not possessed by a demon,” said Jesus, “but I honor my Father and you dishonor me. I am not seeking glory for myself; but there is one who seeks it, and he is the judge. Very truly I tell you, whoever obeys my word will never see death.”

Jesus replied, “If I glorify myself, my glory means nothing. My Father, whom you claim as your God, is the one who glorifies me. Though you do not know him, I know him. If I said I did not, I would be a liar like you, but I do know him and obey his word. Your father Abraham rejoiced at the thought of seeing my day; he saw it and was glad.”

“You are not yet fifty years old,” they said to him, “and you have seen Abraham!”

“Very truly I tell you,” Jesus answered, “before Abraham was born, I am!” At this, they picked up stones to stone him, but Jesus hid himself, slipping away from the temple grounds.