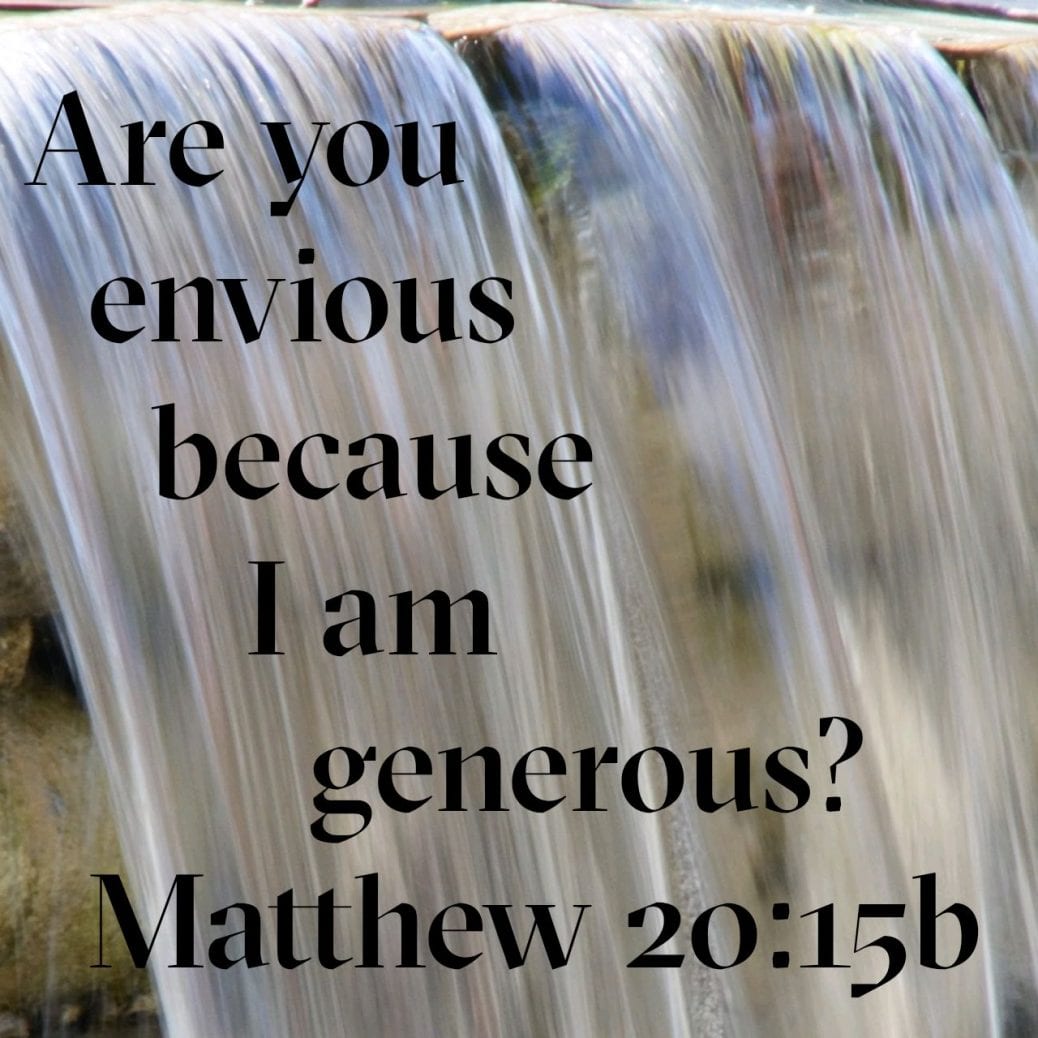 After the Feast of Transfiguration, the epiphany season gives way to the pre-Lent season of Gesimatide. During Gesimatide we focus on one of the three solas each week (grace alone, Scripture alone, faith alone). This week, our focus is on Grace alone, and the gospel is the parable of the landowner who pays all his laborers the same wages, no matter how long they worked, out of his generosity. We do not deserve forgiveness any more than the grumbling Israelites deserved the water that gushed from the rock at God’s command – and yet by grace we are forgiven, washed clean by the blood of Christ poured out for us.

The Old Testament lesson is from the book of Exodus, chapter 17, verses 1-7:

All the congregation of the people of Israel moved on from the wilderness of Sin by stages, according to the commandment of the Lord, and camped at Rephidim, but there was no water for the people to drink. Therefore the people quarreled with Moses and said, “Give us water to drink.”

And Moses said to them, “Why do you quarrel with me? Why do you test the Lord?”

But the people thirsted there for water, and the people grumbled against Moses and said, “Why did you bring us up out of Egypt, to kill us and our children and our livestock with thirst?”

So Moses cried to the Lord, “What shall I do with this people? They are almost ready to stone me.”

And the Lord said to Moses, “Pass on before the people, taking with you some of the elders of Israel, and take in your hand the staff with which you struck the Nile, and go. Behold, I will stand before you there on the rock at Horeb, and you shall strike the rock, and water shall come out of it, and the people will drink.” And Moses did so, in the sight of the elders of Israel. And he called the name of the place Massah and Meribah, because of the quarreling of the people of Israel, and because they tested the Lord by saying, “Is the Lord among us or not?”

Do you not know that in a race all the runners run, but only one receives the prize? So run that you may obtain it. Every athlete exercises self-control in all things. They do it to receive a perishable wreath, but we an imperishable. So I do not run aimlessly; I do not box as one beating the air. But I discipline my body and keep it under control, lest after preaching to others I myself should be disqualified.

The Gospel for Septuagesima Sunday is from Matthew, chapter 20, verses 1-16:

And going out about the third hour he saw others standing idle in the marketplace, and to them he said, ‘You go into the vineyard too, and whatever is right I will give you.’ So they went.

Going out again about the sixth hour and the ninth hour, he did the same. And about the eleventh hour he went out and found others standing. And he said to them, ‘Why do you stand here idle all day?’

They said to him, ‘Because no one has hired us.’

He said to them, ‘You go into the vineyard too.’

And when evening came, the owner of the vineyard said to his foreman, ‘Call the laborers and pay them their wages, beginning with the last, up to the first.’ And when those hired about the eleventh hour came, each of them received a denarius. Now when those hired first came, they thought they would receive more, but each of them also received a denarius. And on receiving it they grumbled at the master of the house, saying, ‘These last worked only one hour, and you have made them equal to us who have borne the burden of the day and the scorching heat.’

But he replied to one of them, ‘Friend, I am doing you no wrong. Did you not agree with me for a denarius? Take what belongs to you and go. I choose to give to this last worker as I give to you. Am I not allowed to do what I choose with what belongs to me? Or do you begrudge my generosity?’

So the last will be first, and the first last.”

Parable of the Laborers in the Vineyard, by Lawrence W. Ladd [Public domain]