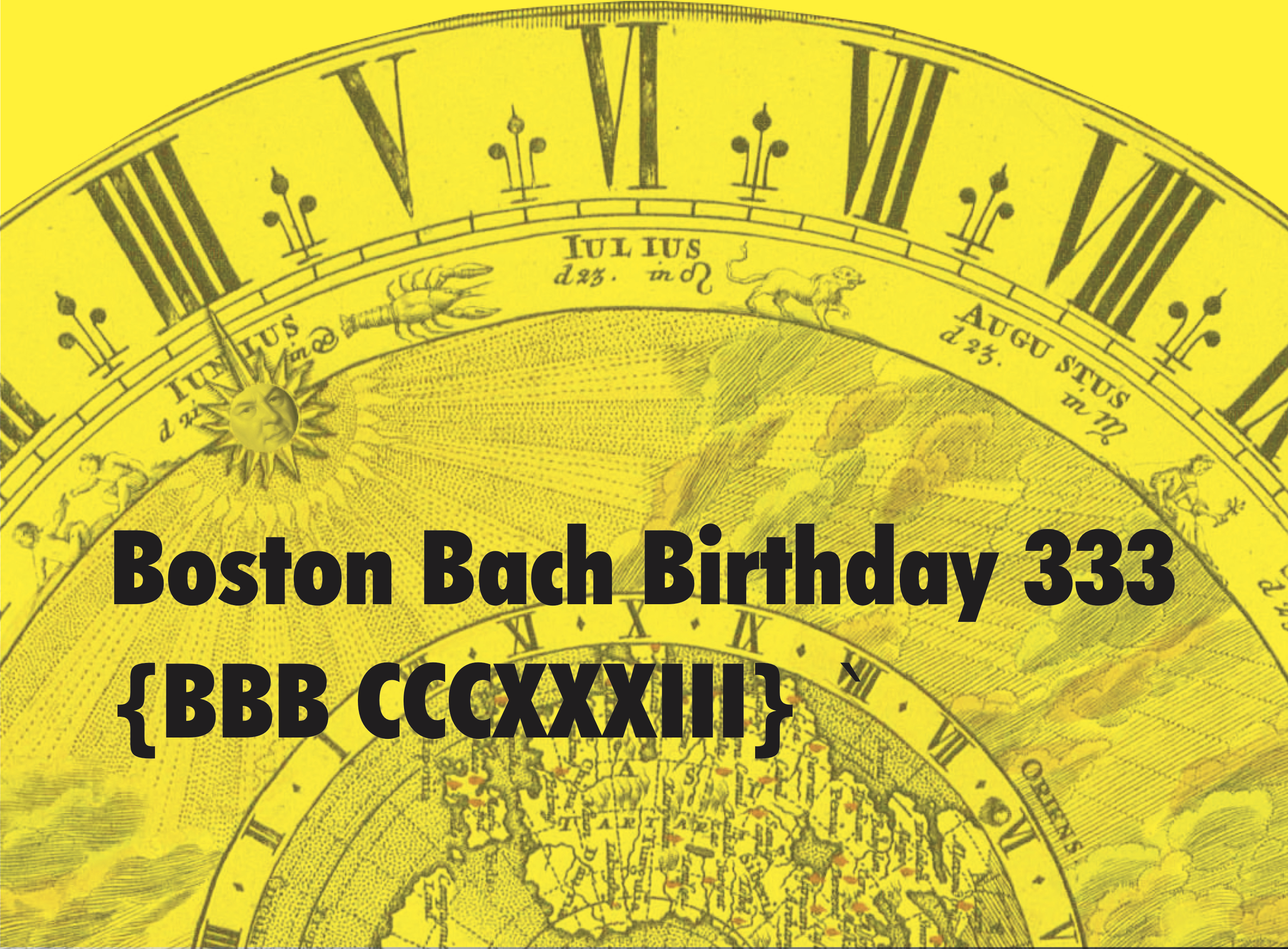 Celebrate the birthday of the greatest of all Lutheran composers, Johann Sebastian Bach, with First Lutheran Church on Saturday, March 17, 2018. FLC’s annual Boston Bach Birthday will begin at 8am and feature concerts, organ recitals, a Vespers service, and of course the famous German lunch (tickets $15, available at the door or from Eventbrite). All musical events are free and open to the public, and all may come and go as able.

For this, the 333rd year since Bach’s birth, the celebration will be presented as a day in the life of Bach’s house in Leipzig around 1739. This will come to a head at 10:15am with a drama entitled Waiting for Cousin Sebastian, starring Bach’s wife Anna Magdalena and his cousin Johann Elias and incorporating music from the Notebook for Anna Magdalena Bach performed by students and Youth Pro Musica.

The BBB would not be complete without organ recitals featuring FLC’s brilliant pipe organ, and this year there are three: Colin Lynch (8am), Arvid Gast (3pm), and Heather Kirkconnell (4:15pm). Additional solo recitals will be presented by Denise Fan on Baroque cello (9am) and Aaron Larget-Caplan on guitar (2pm), the latter featuring innovative music based on Bach by contemporary composer Vineet Shende.

The Bach Birthday will conclude with Vespers for the Fifth Sunday in Lent at 5pm, featuring Bach’s cantata Ich will den Kreuzstab gerne tragen, BWV 56, the Magnificat 7i toni by Ludwig Senfl, and motets by Heinrich Schütz. FLC’s own Reverend Ingo Dutzmann will preach on the historic lessons for the Fifth Sunday in Lent, and the service will incorporate hymnody of the sort that would have been sung at such a service led by Bach in Leipzig.